A live wire from day one, I collected him from Yorkshire and brought him back to London by train and tube in a birdie back pack much to the amusement of the other passengers.

The baby Kobe at 4 months old a day after his arrival in London.

He soon settled in.

Little has changed as an adult, except his colouring!

Ollie the Orange-winged Amazon came to live with us 3 years later, and loved Kobe since the beginning, but Kobe rejected his friendship for many years.

Tragically by then Ollie had PDD/AG and after a year of close friendship, Kobe lost his friend on December 19th 2020.

Kobe has been quieter and less active since the loss of Ollie.

But a shower always cheers him up! 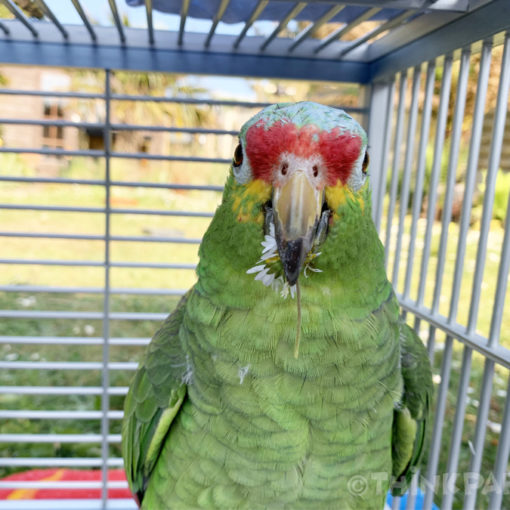 It was a beautiful day, so we decided to sit outside on the lawn. Kobe refused to join us, so it was […] 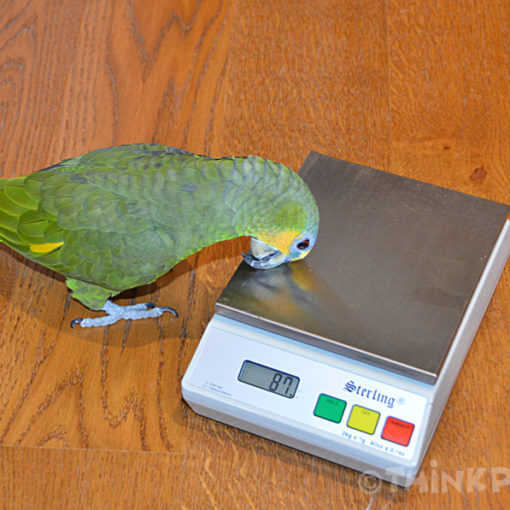 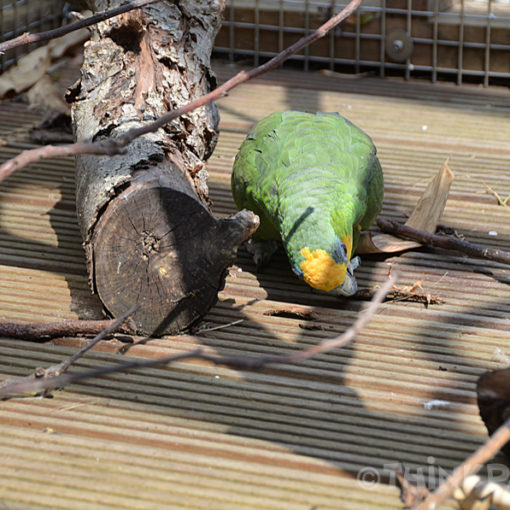 Long, long ago, when the decking was new and the sun always shone Ollie would bask in the sunlight, chewing bark and […] 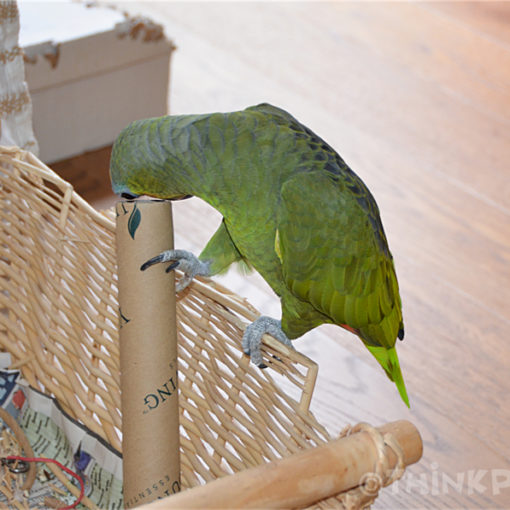 Contrary to beliefs, it wasn’t the Dutch eyeglass maker, Hans Lippershey, who invented the telescope, but Ollie the Orange-winged Amazon! “Tum ti tum…” […]